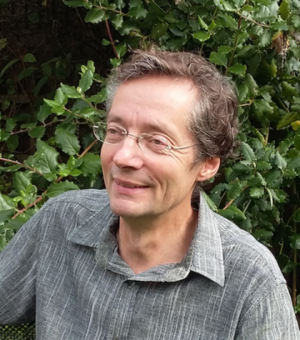 Edmund Herzig is the Masoumeh and Fereydoon Soudavar Professor of Persian Studies and a Fellow of Wadham College. A historian of Iran, the Caucasus and Central Asia, he has worked on Safavid history (Iran and the World in the Safavid Age, 2012, with Willem Floor); on early modern trade and merchants (numerous articles and book chapters); on the post-Soviet Caucasus (The New Caucasus: Armenia, Azerbaijan and Georgia, 1999); on the uses of history in contemporary Iran and the post-Soviet Caucasus and Central Asia (The Armenians: Past and Present in the Making of National Identity, 2005, with Marina Kurkchian); and on the foreign relations of the Islamic Republic of Iran (Iran and the Former Soviet South, 1995).

Since taking up his current position in Oxford in 2006, he has been closely involved in the work of the The Oxford Seminar for the Caucasus and Central Asia (TOSCCA), and from 2016, he led the Oxford Nizami Ganjavi Programme for the study of the languages and cultures of Azerbaijan and the Caucasus, a programme supporting archaeological research on Barda, research activity and graduate scholarships in Oxford, and the translation of studies from Russian and Azeri into English, for example E. E. Berthels, The Great Azerbaijani Poet, Nizami: Life Work and Times, with Paul D. Wordsworth, 2017.