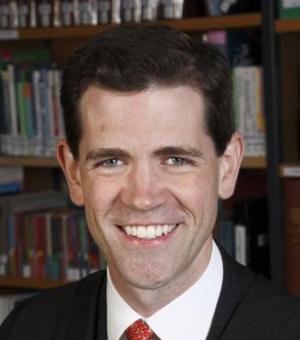 I am an historian of the medieval Islamic world, by which I mean the lands the Muslims conquered during the seventh and eighth centuries and thereafter inhabited alongside an array of non-Muslim groups. My work explores the transition from Late Antiquity to the Islamic Middle Ages; the history of Iran, Syria, and the Islamic West; and relations between Muslims, Christians, and Zoroastrians.

I am the author or editor of three books. The first is Among the Ruins: Syria Past and Present (Hurst - Oxford, 2014), a blend of history, memoir, and reportage from my time in the Levant before and after the outbreak of the Syrian Civil War. The second is Christian Martyrs under Islam: Religious Violence and the Making of the Muslim World (Princeton, 2018), which explores the little-known Christian martyrs of the early Islamic period and the role that violence did (or did not) play in the gradual Islamisation of the region. The third is Conversion to Islam in the Premodern Age: A Sourcebook (California, 2020, co-edited with N. Hurvitz, U. Simonsohn, and L. Yarbrough), a collection of historical texts that describe conversion in a wide array of geographic settings, from Spain and Egypt to India and China.

I am currently working on two projects. The first concerns the history of religions and revolutionary movements in remote, inaccessible regions of the medieval Islamic world, above all mountains. The second explores the most important Zoroastrian polemical treatise of the medieval period, the Škand Gumānīg Wizār and what it has to say about Islam.

Born in New York City, I earned an A.B. from Princeton, an M.Phil from Oxford as a Rhodes Scholar, and a Ph.D. also from Princeton, where I studied under Peter Brown and Michael Cook. Prior to joining the Oriental Institute, I was a research fellow of St John’s College, Cambridge. Along with my academic work, I write frequently about the history, art, and culture of the Middle East for the popular press including The Wall Street Journal, The Times Literary Supplement, and The Washington Post, among others.