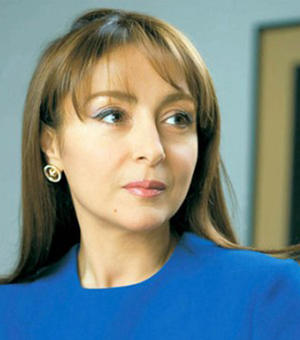 Rector of the Baku branch of the Moscow State University

Nargiz Pashayeva is the rector of the Baku Branch of the Moscow State University and Vice President of the Azerbaijan Academy of Sciences. A philologist by training, her research areas have centred on 20th century Azerbaijani literature. Her first publication, Sabir’s Innovations (1997), was a study of the satirical poet Mirza Alakbar Sabir, who wrote for the popular Azerbaijani journal Molla Nasraddin. Her doctoral thesis, ‘Human’s Aesthetic Reflection in Literature,’ was on the literature of the 1960s during the period of Khrushchev's Thaw, with a focus on Elchin Afendiyev’s works and existentialist tendencies. She has also written a number of monographs on the literature of the 1960s during the period of the Khrushchev Thaw, including Human – Image – Literature (2003), Human as an Object of Artistic Investigation (2003) and The New Man of Renewed Literature (2004). These works analysed the impact of Western philosophical thought and its reverbarations on the Azerbaijani literature of 1960s.

Between 2014 and 2019, she started collaboration with the University of Oxford through the Oxford Nizami Ganjavi Programme, which oversaw archaeological excavations of medieval Barda, and organized a number of seminars and book projects related to the medieval history of Azerbaijan. As Chair of the British Foundation for the Study of Azerbaijan and the Caucasus, she facilitated the creation of the Oxford Nizami Ganjavi Centre in 2018.