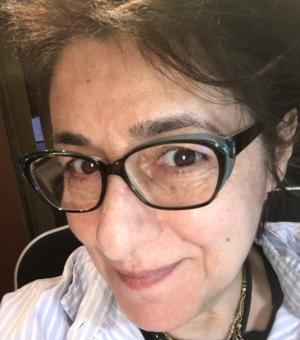 Neguin Yavari studied medieval history at Columbia University. Her book on the rhetoric of advice in medieval political thought, Advice for the Sultan: Prophetic Voices and Secular Politics in Medieval Islam (Oxford University Press/Hurst, 2014), is a comparative study of mirrors for princes from the European and Islamic worlds. Mirrors for princes across political and spatial divides is the subject of her co-edited volume, Global Medieval: Mirrors for Princes Reconsidered (Harvard University Press, 2015). Her latest book, entitled The Future of Iran's Past: Nizam al-Mulk Remembered (Oxford University Press/Hurst, 2018), is a biography of Nizam al-Mulk, the prominent eleventh-century vizier.

Yavari's research project at the Oxford Nizami Ganjavi Centre assesses the allegorical valences of key Sufi concepts in their historical context through a study of several Sufi lexicons that proliferated from the mid-fifteenth to the mid-sixteenth century. The revision and redefinition found in these lexicons are often deployed as lubricants for spawning new templates, and normalizing novel modes of authority that respond to and reflect the winds of change that swept across the eastern Islamic world in this period.