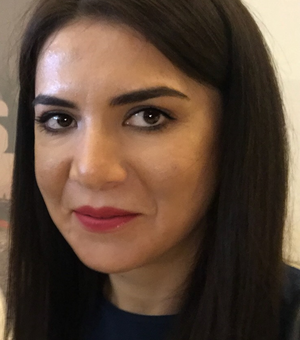 Nigar Gozalova is Associate Professor and senior researcher at the Institute of History, Azerbaijan National Academy of Sciences. She graduated from Baku State University with honors (2000). At the post-graduate school at the Institute of History of ANAS in 2006, she defended her Ph.D. in History. Her fields of interest are International Relations & Area Studies and History of Iran and the South Caucasus. She has studied the history of this region in the 18th-19th centuries. In 2007-2008, she was a Research Fellow for the International Association for the promotion of cooperation with scientists from the independent states of the former Soviet Union (INTAS). In 2011-2013 she was a Research Fellow of Academic Swiss Caucasus Net (ASCN) in cooperation with the University of Fribourg. She is the author of numerous scientific articles as well as a number of chapters in collective monographs (London-New York: Routledge, 2015; İstanbul: Mahya Yayıncılık, 2016); and the author of the monographs “Some issues of the history of Azerbaijan in the 18th century. (Based on information from English-language sources and historiography)” (2010), “The place of Azerbaijan in the Eastern policy of Great Britain in the first quarter of the 19th century” (2017), "Nadir shah Afshar's Baghdad campaigns in the 30s-40s of the 18th century" (2018), "Nadir shah Afshar’s policy towards the Armenian community of Azerbaijan” (2020) etc.